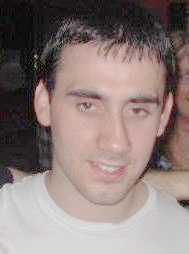 A 23-year-old man, critically injured in a car crash on the main Derry to Letterkenny Road just under three months ago, has lost his fight for life.

Darry McDaid, 23, from Cavanacaw in St Johnston, had been in intensive care after his BMW car crossed over four lanes and crashed into a wall at Drumnahoagh just before 1.00am on March 23 last.

His family and friends had held a vigil at his bedside, hoping and praying for his recovery.