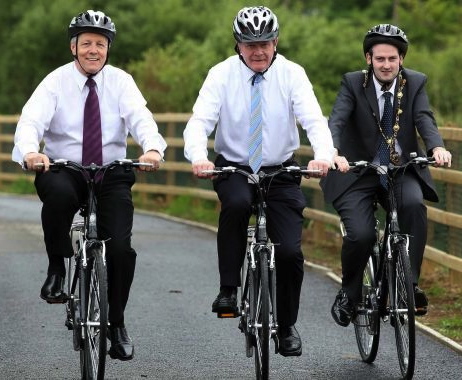 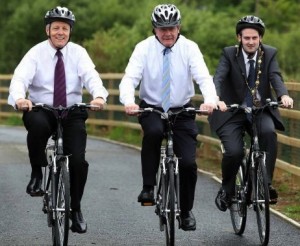 Funding of £273,000 has been announced for a public realm project in the Waterside, Londonderry.

The investment has been awarded to Derry City Council to extend the Waterside Greenway network.

The project aims to build on the success of the Greenway Route which already runs from the Ebrington  to the Foyle Bridge and will open up even greater access along the River Foyle corridor.

Welcoming the award of funding Mayor of Derry, Cllr Brenda Stevenson, said the additional investment would complement the existing work that had been done to improve the local environment by making it more open and accessible to the public.

She added: “The Waterside Greenway is a hugely important local resource that is widely used by cyclists and walkers and news that it is to be extended will be greatly welcomed across the city and region.”

He added: “When completed the extension to the Greenway will create a welcoming and more accessible environment bringing a range of social, community and health benefits.”

Phase 3 of the Waterside Greenway  works will create a new  0.5km long pathway connection between the Foyle Bridge and Gransha Estate.

This latest funding will bring Department of Social Development’s total investment in the overall Waterside Greenway project to £523,000.