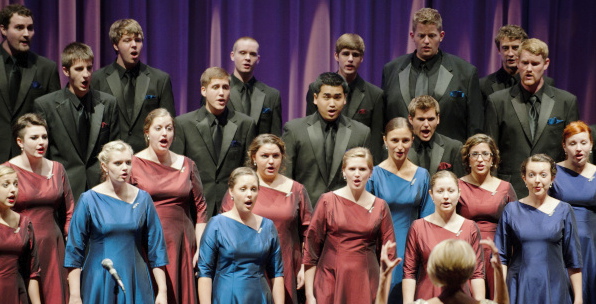 The Capital University Chapel Choir who will perform in St Columb’s Cathedral in Derry tomorrow night.

One of America’s top college choral groups will be in Derry tomorrow night to perform in St Columb’s Cathedral.

The Capital University Chapel Choir, who came away with two gold medals from the recent World Choir Games, will perform a variety of sacred and secular choral literature including motets, choral-orchestral works, spirituals, gospel music, traditional music and selections for women’s chorus and men’s chorus as well as music from Eastern Europe, Africa, Japan as well as from Latin and South America.

The group has performed worldwide including Carnegie Hall and the Chicago Opera House to school music halls in South Africa.