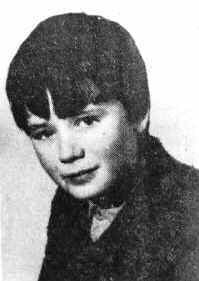 A preliminary hearing into the shooting dead of a Derry schoolboy by a British soldier in the city over 40 years ago is due to take place next week.

Manus Deery (15) was killed close to his Limewood Street home in May 1972.

His family have consistently rejected British army claims he was killed by a ricochet bullet fired by Soldier A from a lookout post at what appeared to be a gunman.

Attorney General John Larkin ordered a new inquest into the killing in June 2012.

In a letter to solicitors for the Deery family Mr Larkin said: “I have considered all the material that has been supplied; written submissions, a report by the PSNI Historical Enquiries Team (HET), the post mortem report, photographs, maps and coronial papers including the original inquest (held in July 1973) verdict and findings.

“Following the consideration of these materials I have concluded that it is advisable that a fresh inquest be held into the death of Manus Deery and I so direct.”

He said he had taken into account that the soldier who fired the fatal shot, referred to as soldier A, had passed away in 2001. But he said another soldier could be called by a coroner at the new inquest.”

The inquest was due to take place in 2012 but was suspended by senior coroner John Leckey, a move that angered the dead boy’s family.

The preliminary hearing is listed to take place in Belfast on Friday next.