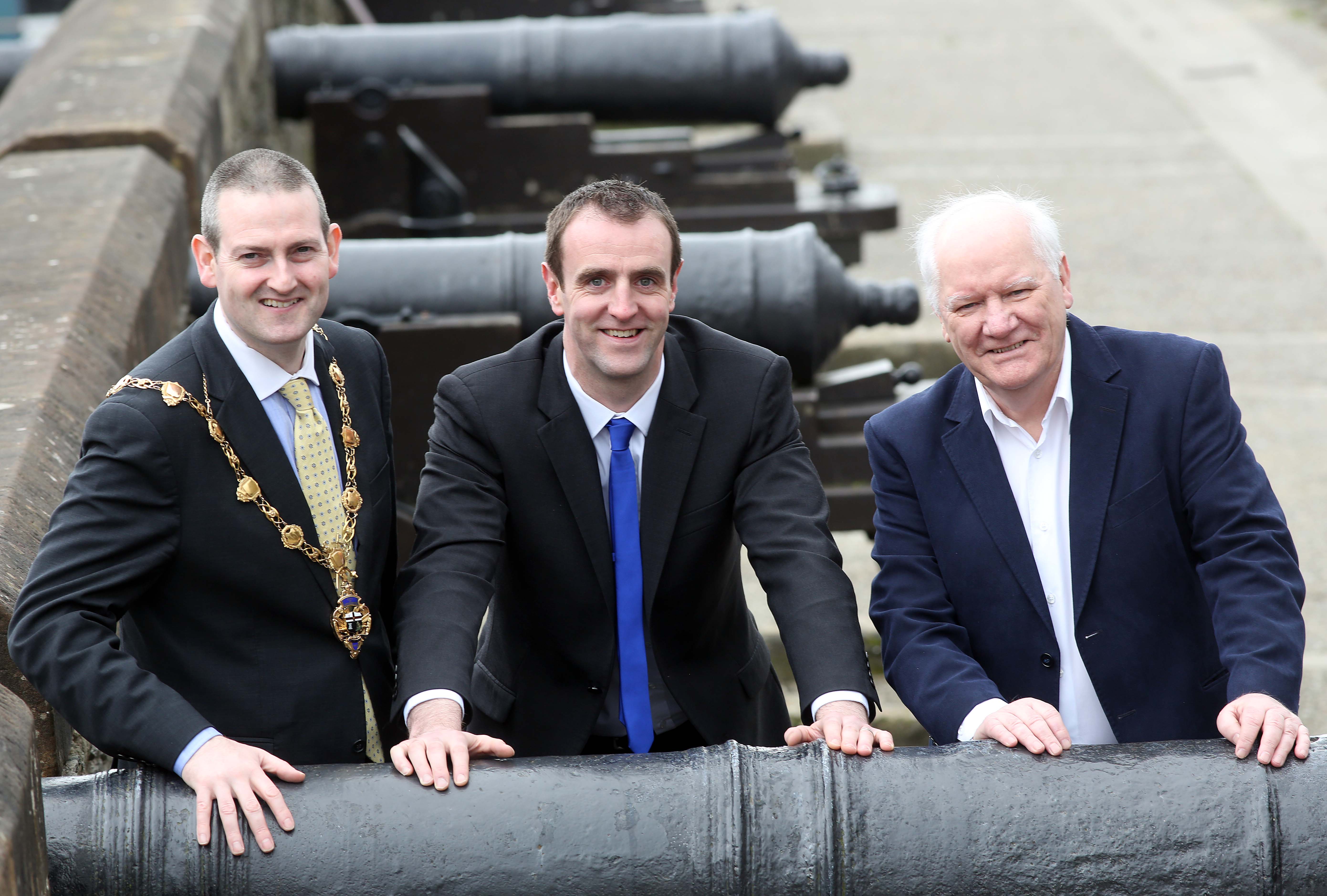 Funding totalling £35,000 to support a programme of activities on Derry City Walls this year, has been announced today.

The funding will support the City Walls Heritage Project, organised by the Holywell Trust, to encourage the tourist interest in the Walls and to bring their unique story to life through living history events.

These include establishing a dedicated group of Walls living history performers, providing accessible information for visitors, researchers and schools; producing a detailed book on the Walls and supporting the delivery of the 2014 Walls quatercentennial event in August 2014.

Announcing the funding, Environment Minister Mark H Durkan said it would help to “further bring the walls to life” in 2014.

“The Walls are an intrinsic part of Derry’s history and heritage. Since the 17th century, they have lined the city and make Derry one of the finest examples of a walled city in Europe.

“I am committed to working towards a better environment and a stronger economy in Northern Ireland and today’s funding will enable Derry to make a substantial contribution to this goal.”

Today’s funding announcement is in addition to investment already made by the Department of the Environment to support the presentation and conservation of the Walls.

Following the success of a pilot scheme in the last three years in which Derry City Council invested in the City Walls Heritage Project, further negotiations are now underway to secure additional funding from Council whilst the Holywell Trust, through funding already in place from Heritage Lottery Fund, will be contributing almost £50,000 towards this exciting project.

Mayor of Derry, Cllr Martin Reilly said the funding would ensure the Walls had a wide range of activities to high their “rich heritage and significant history.”

Eamonn Deane, Holywell Trust Director, said Walls400 was a five year programme of events to mark the quater-centennial of the building of the Derry Walls from 1613-1618.

He added: “Last year, during City of Culture 2013, was a very successful start to Walls400.

“The financial and technical support from the Department of the Environment and Derry City Council will enable us to maintain the momentum during 2014, bringing the cultural tourism attractions around the Walls into the project and exploiting the potential of the Derry Walls for the creation of social enterprises and volunteering opportunities.”