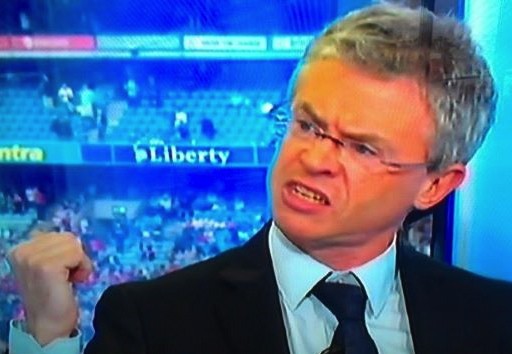 Former Derry All-Ireland winner Joe Brolly has been blasted over his controversial comments about the style of football played by Cavan.

Brolly, a member of the Oak Leaf County’s historic 1993 All-Ireland winning team, has been criticised for describing the Breffni County’s football as “The Black Death.”

The former Derry star is now a regular pundit on RTE’s “Sunday Game” and his comments at the weekend about Cavan’s tactics in their 1-12 to 0-10 win over Sligo in the Allianz National League Division Three has resulted in Cavan forward Cian Mackey challenging the one-time Dungiven corner-forward to “come and watch us play!” Cavan sit joint top of the table on eight points with Roscommon, with maximum points from their four games played to date.

“Joe is a good football man and he likes to see attractive football but it’s win at all costs,” Mackey says in The Irish News. “Every team has to defend their goal – the Dubs and Kerry would do it.

“We’re doing it at the minute but we’re creating plenty of scoring chances as well so maybe he’ll come and watch us play and he might change his mind.

“If you don’t have the ball, you’re not going to win the game. When we lost it [against Sligo], we wanted to get it back as quickly as possible.

“If we’ve the ball, we can dictate the pace of the game and dictate what we’re doing. When we don’t have the ball, everyone is a defender, from ‘Dunnie’ right back to John Hayes, so that’s instilled in us.”