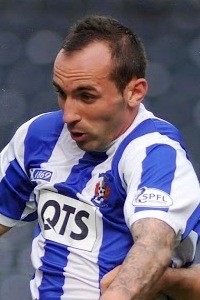 Derry City maintained their impressive pre-season form with comfortable 4-2 win over an under-strength Finn Harps at the Vale Centre in Greysteel this afternoon.

The game was hastily arranged after five of Derry’s pre-arranged pre-season games fell foul of the adverse weather.

Roddy Collins included five of his new signings in the starting line-up and it was of the new recruits, Mark Stewart, who put City ahead as early as the first minute.

The Scot played a major role in City’s second, his crossed being turned in to his own net by a Harps defender.

Both managers made numerous changes during the break after which Harps were more competitive, finding the Derry net on two occasions.

Derry’s next pre-season game will take place this Wednesday night when they play a Derry and District FA selection at Brandywell in a clash re-scheduled from yesterday.

Kick off on Wednesday night is 7.45pm.