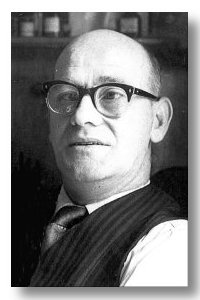 Police files on the investigation into the death of  Sammy Devenney, the Derry man who died after being badly beaten in his home by members of the now-disbanded RUC,  have been “reclassified” by the Metropolitan Police and are to remain secret for another eight years, it has emerged. Mr Devenney (42), a father of nine, died on 16 July, 1969 from injuries sustained in the 19 April attack in his William Street home in which a number of his children, eight of whom were in the house at the time, were also beaten.

In a report issued in October 2001, the Office Police Ombudsman upheld the family’s complaint the RUC never communicated to them directly about the events of that night.

Police Ombudsman Nuala O’Loan revealed her Office had located a complete copy of the report of an investigation into the incident carried out by Metropolitan Police officers, under the direction of Detective Chief Superintendent Kenneth Drury, which was never before made public and which acknowledged and detailed attacks by RUC officers on the family.

Ms O’Loan said the Drury investigation could neither prove nor disprove the allegation that Mr. Devenney’s death had resulted from the RUC attack on him and concluded  it would not be possible “after all this time” to pursue disciplinary action against the officers involved.               

The Pat Finucane Centre, the Derry-based human rights group representing the Devenney family, has revealed a Freedom of Information request for the investigation files to be made public was turned down by the Metropolitan Police who said by doing so would “not be in the public’s interest.”

Sarah Duddy, from the Pat Finucane Centre, said the family were anxious to find out what information on the attack was contained in the files and the “cover up” that followed.