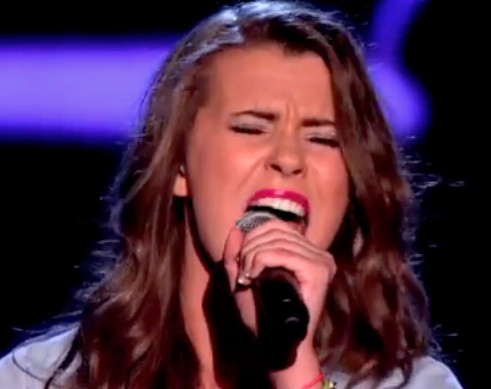 A Derry schoolgirl makes her television debut tonight to wow judges on the hit TV singing contest “The Voice.” In tonight;’s show, to be screened on BBC One at 7.10pm, viewers will see Rachael O’Connor thrill superstar judges Kylie Minogue,  Tom Jones, Will.I.Am, and the Kaizer Chief’s frontman Ricky Wilson with her stunning rendition of Emile Sande’s “Clown.”

The Limavady Grammar School pupil delights the quartet and while a video teaser clip doesn’t make it clear which, if any, of the panel turned to offer her a place in their team, they look suitably impressed and it would be hard to imagine them passing up on the 16-year-old from Drumsurn,

Kylie Minogue seems particularly happy with the quality of the audition while Tom Jones is predicted to win over the young hopeful, if for no other reason than she’s a girl and he seems to be pushing for an all female team this year.

To catch a glimpse of Rachael’s performance click on: