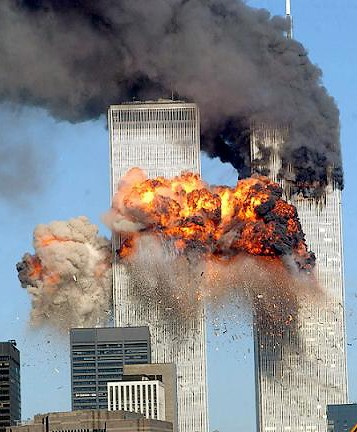 Fragments from the World Trade Center and the flag that flew over Ground Zero are to feature in an internationally acclaimed exhibition honouring the victims of 9/11 that is to open in Derry next week. 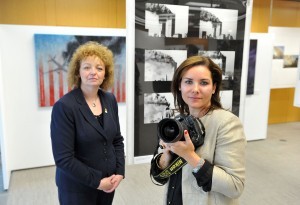 Ground Zero 360 highlights the valour of New York City police officers, firefighters and other rescue workers who rushed to Ground Zero to assist in the rescue and recovery efforts in the aftermath of the terrorist attack.

Ground Zero 360 was the brainchild of Dublin native Nicola McClean, a photo-journalist working in New York on 9/11, and her husband, Donegal native and retired NYPD Inspector Paul McCormack.

Paul was was among the many police officers who responded to the World Trade Center, while Nicola took thousands of photographs of the devastation in and around Ground Zero.

Visitors to the exhibition will see Nicola’s stunning collection of images and will be able to touch fragments of twisted steel I-beam and broken granite from the World Trade Center. 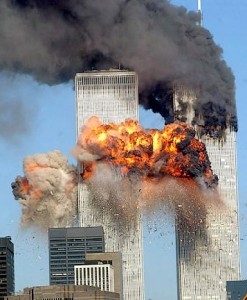 Also featured are small steel crosses that ironworkers created on-site at Ground Zero, as well as an American flag that flew over the site.

The families of police officer Moira Smith and firefighter Kevin O’Rourke, who both lost their lives that day, have donated the personal effects of their lost loved ones to the exhibition.

These items include uniforms, NYPD radio, pictures, and Medals of Honor and Valor. Visitors can also hear the city’s original emergency response radio calls from that morning.

The exhibition is being staged as part of the legacy of the World Police and Fire Games held in the North last year.

Culture Minister Carál Ní Chuilín said the  exhibition was a poignant reminder of the commitment, dedication and sacrifice made by service personnel.

She added: “The collection of photographs, audio clips and a panoramic installation previously visited Belfast and was recently held at the Public Records Office as part of the World Police and Fire Games complementary cultural programme.”

Ms Ní Chuilín added Ground Zero 360 was a fitting tribute to all those who died on that tragic day and she was glad the people of Derry were to get the opportunity to see it.

“I hope all those that can, take the opportunity to come along to the Shirt Factory Gallery. The former major shirt factory was renovated to host a number of the recent City of Culture events. I am glad that as part of the legacy of 2013 this space continues to be used by the Arts Community in enhancing the cultural life of the city and wider region.”

Mayor Cllr Martin Reilly said the exhibition was a “deeply moving” tribute not only to the victims of an event that changed the world but importantly to those service people who ran towards the burning towers to save the lives of those inside.

He added: “The aftermath of 9/11 showed New Yorkers as proud, resilient people, attributes they share with many from this city.”

Ground Zero 360 will be officially launched at 7.00pm in the city’s Shirt Factory Gallery on 25 January next and will run until 31 March.

Ground Zero 360 is a not-for-profit organisation dedicated to preserving the memory of all victims of  11 September 2001.