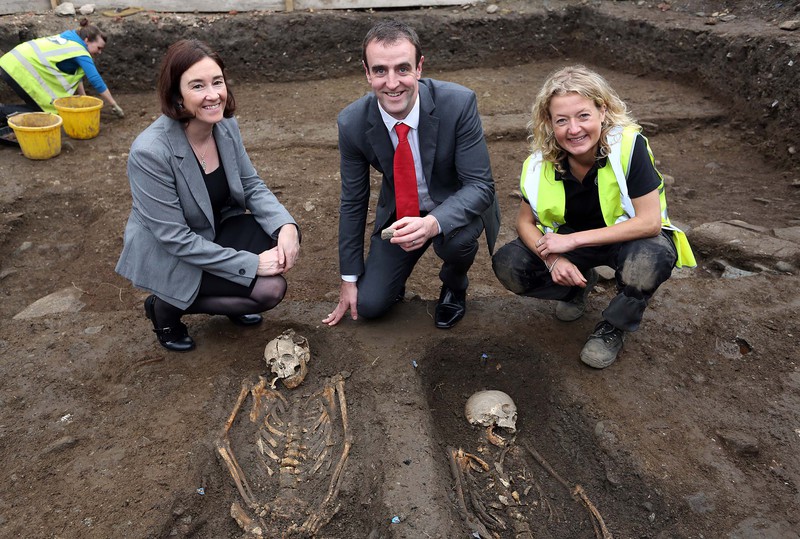 A new book highlighting the archaeological story of Derry is being launched in the city today. 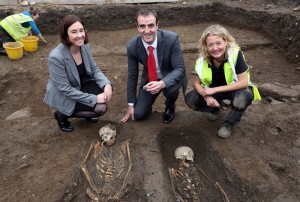 “Island City – The Archaeology of Derry-Londonderry” is the story of city’s development from a small hunter-gatherer camp thousands of years ago to the regional centre of today.

The book is written in an accessible manner and will appeal to young and old alike. It begins with the earliest settlers at Derry and moves on to describe the first farmers, the early churches and the famous walls.

Many of the finds in the book have been photographed for the very first time, and together with the numerous other illustrations and accompanying text, it provides an indispensable guide to the city’s history.

Launching the book, published by the Northern Ireland Environment Agency (NIEA) and Derry City Council, Environment Minister Mark H Durkan said he believed the book would inspire everyone about their past.

He added: “I am very impressed with the wealth of archaeological sites and finds that this book has revealed, ranging from the medieval knight’s effigy, the exquisite 17th century Dominican chalice and the remarkable range of high quality pottery and other goods that had been imported into Derry over the centuries.

“As part of the City of Culture celebrations this year, my Department sponsored several community-based archaeological digs, including the recent excavations at Bishop Street car park.

“The discoveries at Bishop Street were really exciting, and certainly captured the imagination of everyone who visited the site. This book will add to the contribution my Department has made to the City of Culture year, illustrating more of our rich culture and heritage for the future.”

Mayor of Derry City, Martin Reilly said hs for everyone who enjoys reading about our ancestors and how our city came into being. The book can be used by both tourists and locals who can visit the historic sites mentioned to gather an insight on how the environment has evolved.”

The book is written by Archaeologist Ruairi O’Baoill and is available to buy now from Colourpoint Books at a cost of £16.