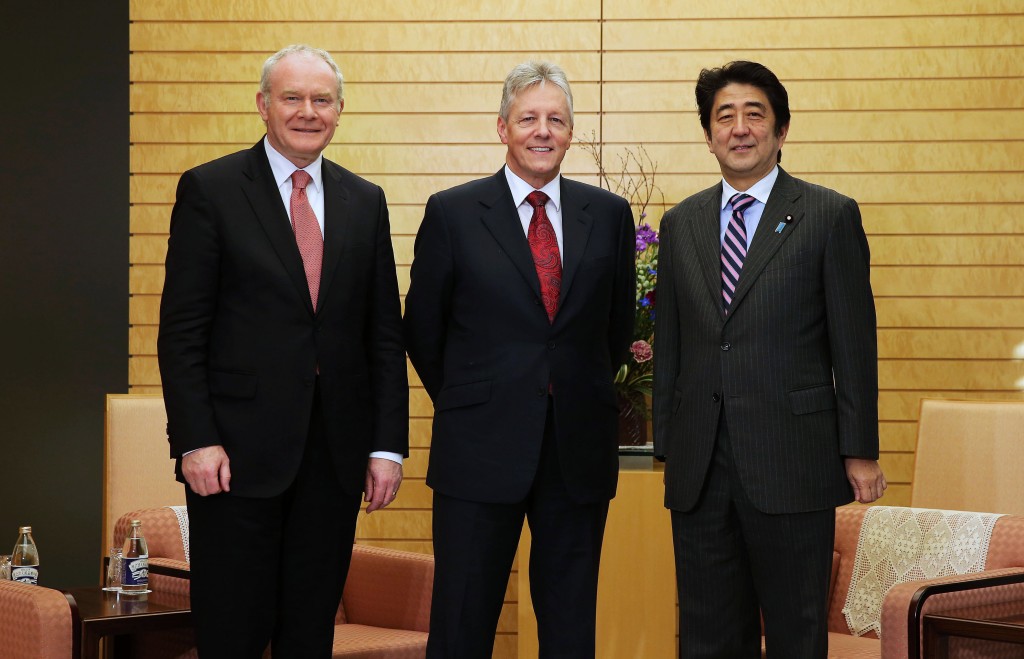 Deputy First Minister Martin McGuinness has met with the Prime Minister of Japan in Tokyo. Mr McGuinness and First Minister Peter Robinson are leading their first mission to the country.

The four-day visit follows an invitation extended to the Ministers by Japanese Prime Minister Shinzo Abe during the G8 Summit held in Fermanagh earlier this year.

During the week-long visit Mr Robinson and Mr McGuinness will meet with political representatives to promote trade, investment and tourism, as well as hold a number of meetings with existing and potential investors.

He added: “We discussed Japan’s significant contribution to our economy. Japanese companies employ over 2,500 people here and their growth and longevity is testimony to the Japanese culture and commitment to long-term sustainable investments.

Mr McGuinness concluded: “The meeting gave us the opportunity to talk about the development of investment, cultural and educational links.”