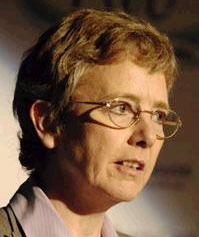 The independent inquiry into child sexual exploitation in Northern Ireland is to be headed by a former Commissioner for Children in Scotland. Professor Kathleen Marshall will lead an inquiry panel which will include the chief executives of health service, criminal justice and education regulators.

Prof Marshall, who chaired an investigation into abuse in children’s homes in Edinburgh, will hold a summit this month and take evidence into how to protect looked-after children and measure the extent of child sexual exploitation in Northern Ireland.

The panel is expected to return its findings before the end of next year.

A Police Service of Northern Ireland (PSNI) investigation known as Operation Owl is looking at cases of suspected abuse of 22 children.

Prof Marshall stood down as Scotland’s first Commissioner for Children and Young People in 2008, position she held for years.

During her time in office she voiced concerns about the detention of children at the Dungavel immigration centre in Lanarkshire. She has also been an outspoken opponent of the use of “dawn raids” to remove the families of failed asylum seekers.

She has criticised the use of mosquito devices, which aim to prevent young people gathering in some areas, as the gadgets give off a high pitched noise which cannot be heard be those aged over 25.

In addition her report on the rights of the children of prisoners was praised by the European Commissioner for Human Rights.

The post of Scotland’s Commissioner for Children and Young People was created by a Holyrood Act in 2003, with Prof Marshall beginning work in April the following year.

The position is independent of both the Scottish Parliament and the Scottish Government, with the Commissioner’s basic remit to promote and safeguard the rights of children and young people.