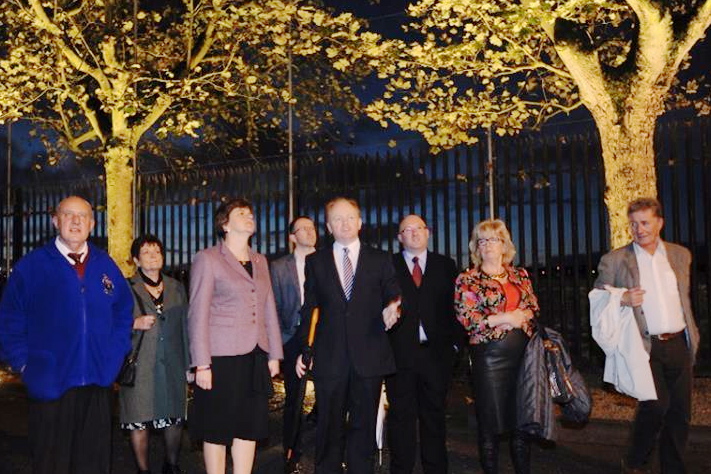 The scheme, which received £1.4 million from the Northern Ireland Tourist Board, has been welcomed by Martin McCrossan of Maiden City Tours.

He said: “Visitors and locals can now have a walk around the walls in the evening as well.”

Work on the new lighting scheme was suspended earlier this year when specialist stonemasons were called in after the Holywell Trust claimed the work – which involved slots being cut into the City Walls at East Wall – was “compromising the historic fabric of the ancient ramparts.”

However, speaking at the time, Mr Lusby said: “The overall lighting scheme is a good initiative which will increase public safety and access to the City Walls.”