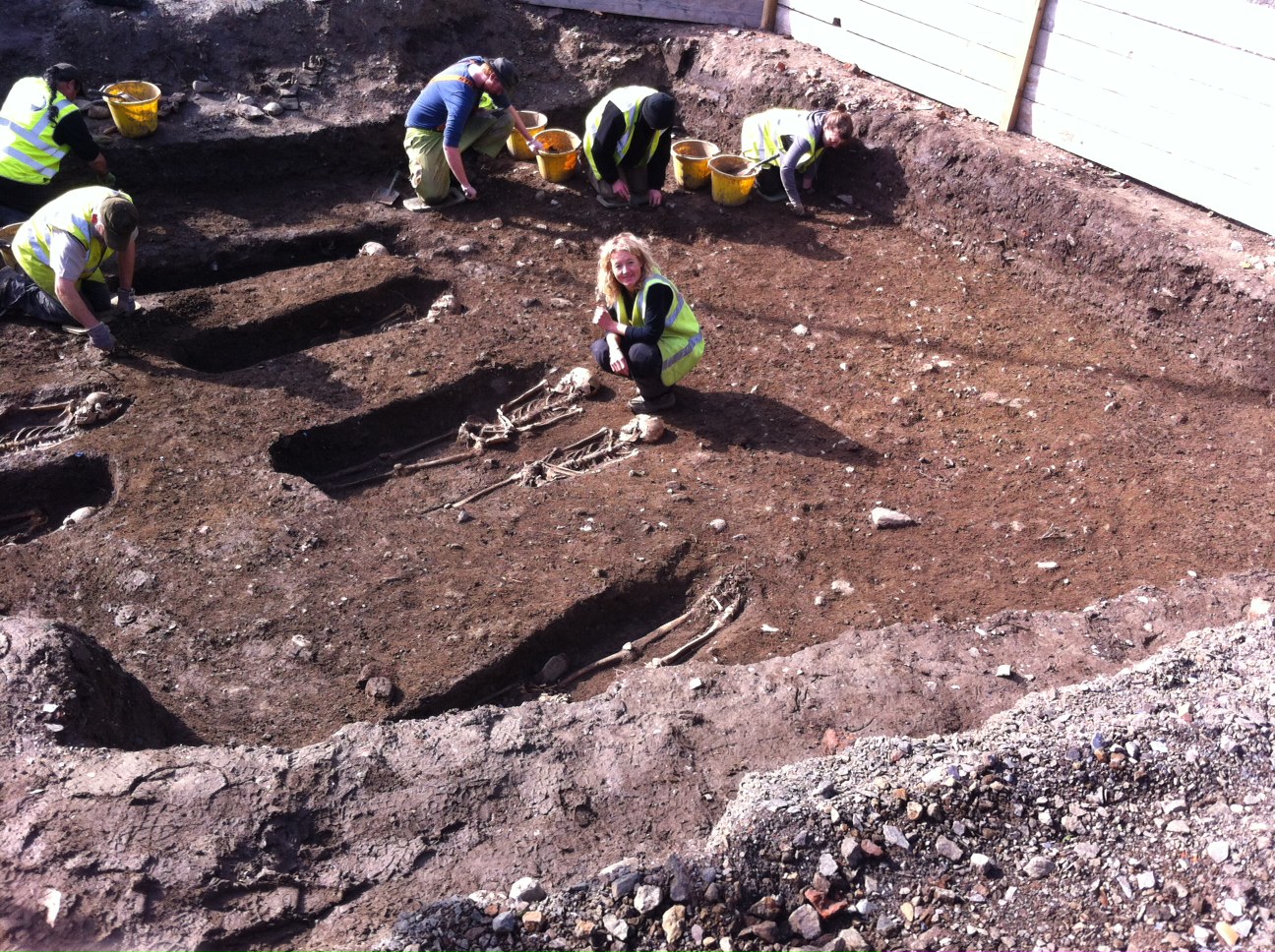 The skeletal remains of a bishop may be among a number of skeletons unearthed by archaeologists currently undertaking a “dig” in the city. To date, 13 skeletons have been found during the “dig” taking place in a car park next to St Augustine’s Church at Bishop Street Within just inside the City Walls.

It is believed the skeletons date back to the 17th century.

Archaeologists today removed a number of the finds to be transported Queen’s University in Belfast for further investigation.

Lead archaeologist, Dr Emily Murray, director of the Centre of Archaeology at Queen’s University Belfast, said she believed one of the latest skeletons uncovered may be that of a bishop.

She said: “As you can see they are laid facing east towards the sun which suggests a christian burial plot. Two of the remains are laid side-by-side suggesting they are a couple. However, one of the finds is facing west, in the opposite direction. As it was the tradition that members of the clergy face their congregation, we believe this may be a clergy member, possibly a bishop.”

The skeleton of a child, aged between six and 10 years old, is also among those unearthed.

The “dig’ has been ongoing for two weeks and is due to end in seven days time. However, Dr Murray said further finds were unearthed she was hopeful the excavation could be extended.