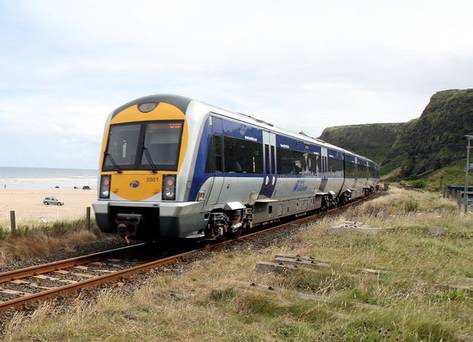 A cross-border rail line between Derry and Sligo is “unaffordable” at present and will not be considered until 2030 at least, it has emerged. That’s the view of Northern Ireland Minister for Regional Development Danny Kennedy who said the feasibility of such a link was considered by the Irish Government who ruled it out as they could not afford it.

Mr Kennedy said the exploration and securing of European funding opportunities remained an “ongoing priority” for his Department.

He added: “We are continuing our efforts to seek further funding for upgrading of the Belfast to Dublin Enterprise service in this context.”

Mr Kennedy said Irish Rail’s Rail Strategy Network Review, published in 2011, considered the proposal to create a new rail connection between Derry and Donegal and beyond but found would not be economically viable to do so in the period up to 2030.”

Two years ago the Irish Government  withdrew £400 funding  towards the cost of the A5 Derry to Aughnacloy road upgrade.

The total cost of the 55-mile upgrade – which would create a key cross-border business route linking Dublin to the North West – was to be £850m.