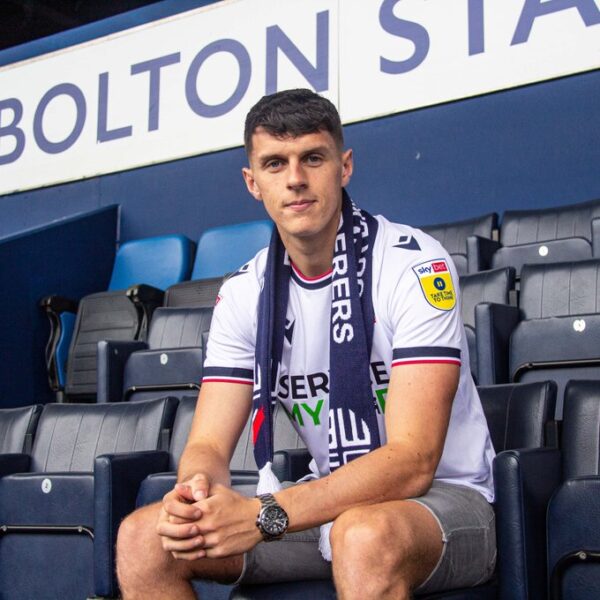 The 23-year old made 155 appearances in his six seasons at the club, scoring six times for the Candystripes.

Said the City boss: “On behalf of the management, players and staff at Derry City I want to put on record our thanks to Eoin for his service to the club” said the City boss.

“He has been an absolute pleasure to work with both as a player and a captain.

“I want to wish him every success at his new club and in his career going forward.”

Speaking to Bolton Wanderers club website, Toal said he believes he’s now ready to take the next step in his career after completing his move to the University of Bolton Stadium for an undisclosed fee and taking the number 18 shirt in Ian Evatt’s squad.

“It’s brilliant. I know it’s been on the cards for a few weeks and I’m glad it’s done now and I’m really looking forward to it,” said Toal.

“I’ve been at Derry for five or six seasons and really enjoyed it.

“I can’t thank them enough for letting this go through. It’s a club I’ll always have time for and I’ll always be supporter of that club.

“But I’m looking forward to this opportunity now with Bolton Wanderers.

“Bolton is a massive club and I think it was just too big of a club for me to turn down and it’s a very good opportunity for me to showcase myself over here in England.

“I’ve seen a lot of players and a few of my friends who have come over to League One and done really well and I don’t see why I can’t do that.”